So the last few weeks have been hectic but not to crazy. So I got Elder Edmonson as a companion not to long ago, and he is already on his way home! Ill be waiting in a different city until Thursday then i will go to pick up my new companion Elder Preece from Utah/Idaho. I don't really remember but will verify with him.

Edmonson is already on his way home, and will probably get back to texas before I get back to our area. We are working hard and I don't want to jinx myself by spilling too much. There is still a lot to go, but we will be working with faith. haha

It is crazy how fast the mission is going right now. I am missing just about 6 months, which is the equivalent of 4 transfers. I am getting to that point where i only know old people and all these new hip young kids are coming in and tearing up all my plans with better plans haha. But it's nice to be able to start putting a close on things. (This doesn't mean i'm slowing down) But it is nice to be able to help the new group of missionaries and try and prepare my areas as best as I can for them to come.

(Any questions?)
Posted by Justin 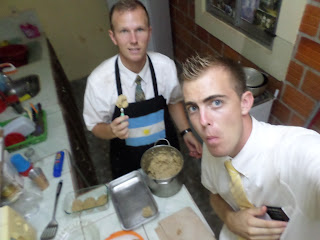 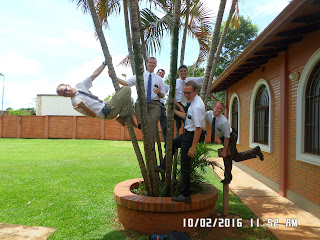 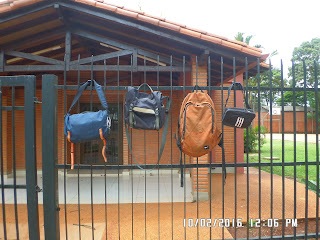 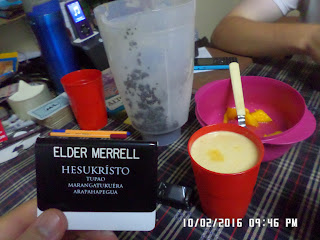 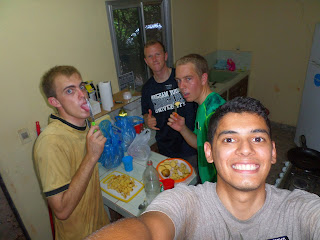 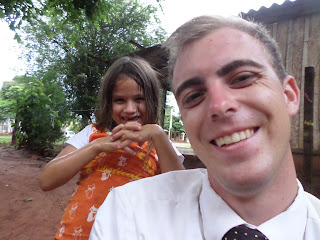 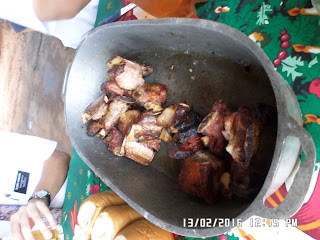 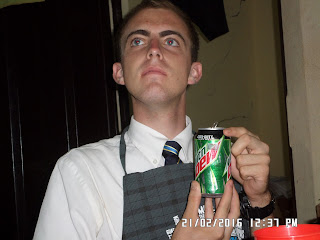 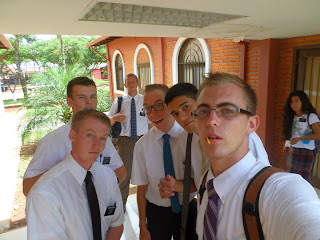 So this week was crazy! tons of stuff went down, so wednesday it started to rain at about 3 in the afternoon and well from then on it didn't stop at all. We began by helping out a neighbor who was a bit down hill from the rain so we began to try and bucket water out of her house and with a squeegee broom so we got to it. Haha. But after some losing battle we got the hang of it with building a barricade and other things so it worked out in the end. We headed back to our pension after taking the tie, and the socks off. We walked into our pension and found 2 or so inches of water..so while you are home getting snow..mine is just a bit more melted. We decided that our problem wasn't that big of a deal for the moment and we hit the streets looking for anyone in need,  helping all neighbors and people we could. After a hour or so of the water fight we headed back to our pension with the other elders of our area and began fighting to regain the home territory. At first it was a losing battle but with time we were getting it under control.. I ended up using my towel that I bought the day before because someone stole my other one..and well yah..long day..lots of water haha..But other than that we learned about transfers today and there won't be any until the 29th so we can have Christmas in the areas that we have been in. So that will b e nice.

Update wise will be a sad week. I don't really have anything to update you with. I left my planner at home today and forgot to bring it. I note down all the cool experiences and such as they happen so i'm not to sure really what happened the past week. They all just seem to blend together...Yah..So sorry about this.

Some things that i do remember are that we had to travel to Cuidad Del Este again for a Multi Zone Conference. We traveled Sunday night, stayed the night there Monday and Tuesday. The reunion was Tuesday. We had a great reunion and then had to leave back to the busses to get home. Home being 4 hours away. We ended up missing our bus staying another night there and then playing Uno at 7 in the morning in basically what was a freeway there.. One of the most terrifying and craziest displays of driving I have ever seen took place that day. Caught the bus and got back on Wednesday. I don't really remember anything else that happened this week...I wasn't able to write yesterday cause the internet was out and right now I am in the church writing you.

Love you tons. Can't wait to see you for Christmas!
Elder Merrell
Posted by Justin

So this week was interesting! To start things off we started the week with consejo so were were all over the place traveling again. Luckily we don't have anything planned the next week so we will finally be able to hit the grind stone hard.

Leaders council was fun. We did a lot of talking, ate some hamburgers and were able to help out and get a plan set up for the month about what we are going to do as a mission. Me and my companion had a 20 minute talk, or discussion set apart where we talked about this and how it depends on where you are and who your with and then you can plan on how you will spend your time.

Saturday we had divisions. I went to a place called Katuate, which in spanish or guanani, I don't remember, means "Possibly"--- haha so that was fun. During divisions we went to a place called white water, or well in spanish agua blanca, and its a 15km bike ride there and back.. My bottom can still remember the ride. And its a 90 percent dirt road haha. but it was worth it we had some sweet lessons and then riding back in the dark was fun too.

On Sunday, (election day here) we are walking around late at night and the polls closed and someone won an election. There are fireworks and everything all around. wimpy stuff, small mortars and such. but one guy takes the cake.We are walking along and hear a ¨bang bang bang¨ and we think ¨of fireworks close by¨ and so we keep walking when we come up to a small group of obviuosly drunk guys,one with a pistol in his hand. In the other hand dual weilding a beer can and a cellphone talking into it. Pointing the pistol at the ground, no more than 6 feet between us, pulls the trigger ¨bang bang bang¨ my heart drops. And we just keep walking....
Posted by Justin

So a lot has happened! We got news of the transfer coming up last Monday and then we had to play the waiting game for a while. But during that time we stared visiting some people and also began to pack a bit, but not too fast.

Tuesday came and we did some mean team clean of the pension after that I got to some hard packing, after having learned that I would be traveling at  about Midnight on Wednesday. This is where some of the pictures take place. The small kid I took the picture with is named Hugo and I had the chance to baptize him not too long ago. So it was pretty sweet to have him come send me off to the next area. We quickly got onto the bus and headed off. 5 hours later we arrived in Encarnacion, and made our way to the church building. We waited there a bit and then we were sent off to Cuidad Del Este. While there we waited at the stop called KM7, having arrived there at about 4;30, waiting there till about 630, then went to KM4 and realized that we were suppose to be in KM4 and had just missed the bus as of 30 minutes. We ended up staying the night with some other elders then got back on the road early that morning. Now from Cuidad Del Este to Saltos de Guida, my new area, its about another 4 hour ride. And during this 4 hour time, the cops stopped the bus about three times. The first time, we were asked to get off the bus and open up our luggage. The bus driver was also there wanting to see what was in the bag. One of the officers quickly asked as we were opening bags. `you are Mormons right?` we said yes, and after the first bag was open to reveal only clothes the officers said we didn't need to open any other bags. They shot a pretty dirty look to the bus driver who stormed off with out another word, seemingly mad that he didn't catch spies. Then again about a hour later, different officers enter the bus, ask us for our ID which we happily hand over and they thank us and leave. Third time, about 40 minutes later different officers enter, in this time asking for our ID and also to open our carry on bags. We passed all three tests with flying colors.

After that it was already thursday and well, i dont really remember much of what happened thursday to be honest. Haha Friday and Saturday were new like always, the area is really relaxing and its just nice to see new places. Its a Huge shopping town but in this moment its going through some hard times economically, so there are some larger malls that are completely abandoned..Its pretty interesting to see a half ghost town..

The new companion is Elder Diaz, He has about 6 months in the mission, Well he completed his 6 month mark on Friday i think..Haha Yes it was Friday. He is from Cordoba Argentina and is super animated about the work. Its a nice change of pace and I'm pumped to work with him. Haha

So some funny things to mention, this is my 12th transfer in the mission. (there are 17 in total) and so far, every transfer that I have had, I have had a new companion. We will see if the trend sticks around after this one. Haha. 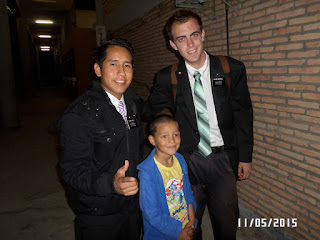 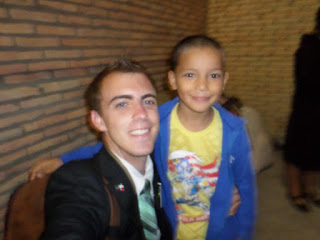 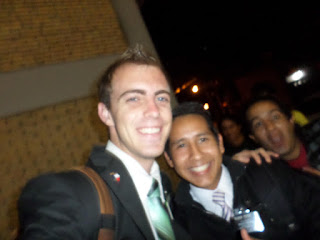 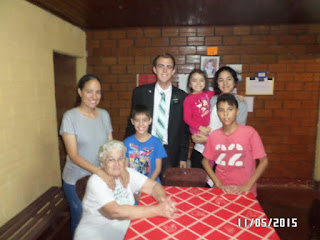 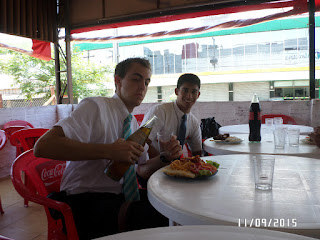 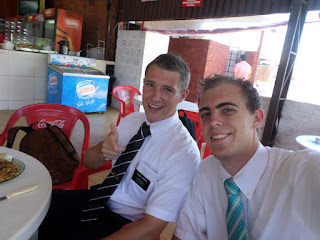 Interested in receiving an email when this blog is updated?